Mandi / Manali16 minutes in the past 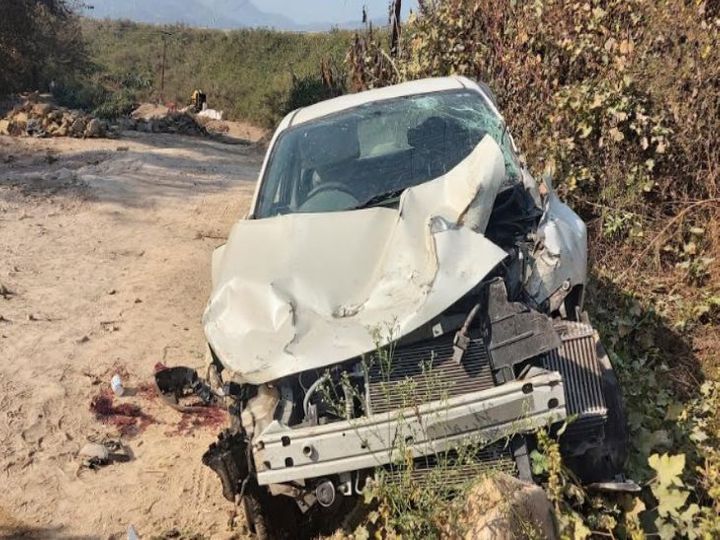 The car fell into a 50-foot-deep moat, breaking the railing of the BBMB reservoir at Sundernagar in Mandi district. The young man in the car died on the spot.

Two individuals died in two separate accidents in Himachal. Two have been injured. One incident occurred in Manali and the opposite in Mandi.

In Sundernagar in Mandi district late on Friday evening, the car broke into the 50 toes deep ditch, breaking the railing of BBMB reservoir. The car was coming from Sheesh Mahal in the direction of Sundernagar. The car grew to become uncontrolled because it was dashing above the taxi stand. The man in the car was rushed to a civil hospital in essential situation, the place docs declared him useless. The deceased has been recognized as Pushparaj, 31 years previous. He was a resident of village Gallu Rewalsar tehsil Balh district Mandi. She was married 4 years in the past and in addition has a three-year-old son. She was the one little one of her mother and father. DSP Sundernagar Gurbachan Singh has confirmed the incident.

A youth of Shimla misplaced his life in the highway accident in Wahang, Manali, whereas two others have been injured. SP Kullu Gaurav Singh stated that the Swift car hit the tipper from behind. Swift was run by Vasu Sharma resident Lakkar Bazaar (Shimla). Tarun Baragata and Rajat Sharma of Shimla have been sitting in the car with him. Rajat Sharma died in the accident. Vasu and Tarun are injured.